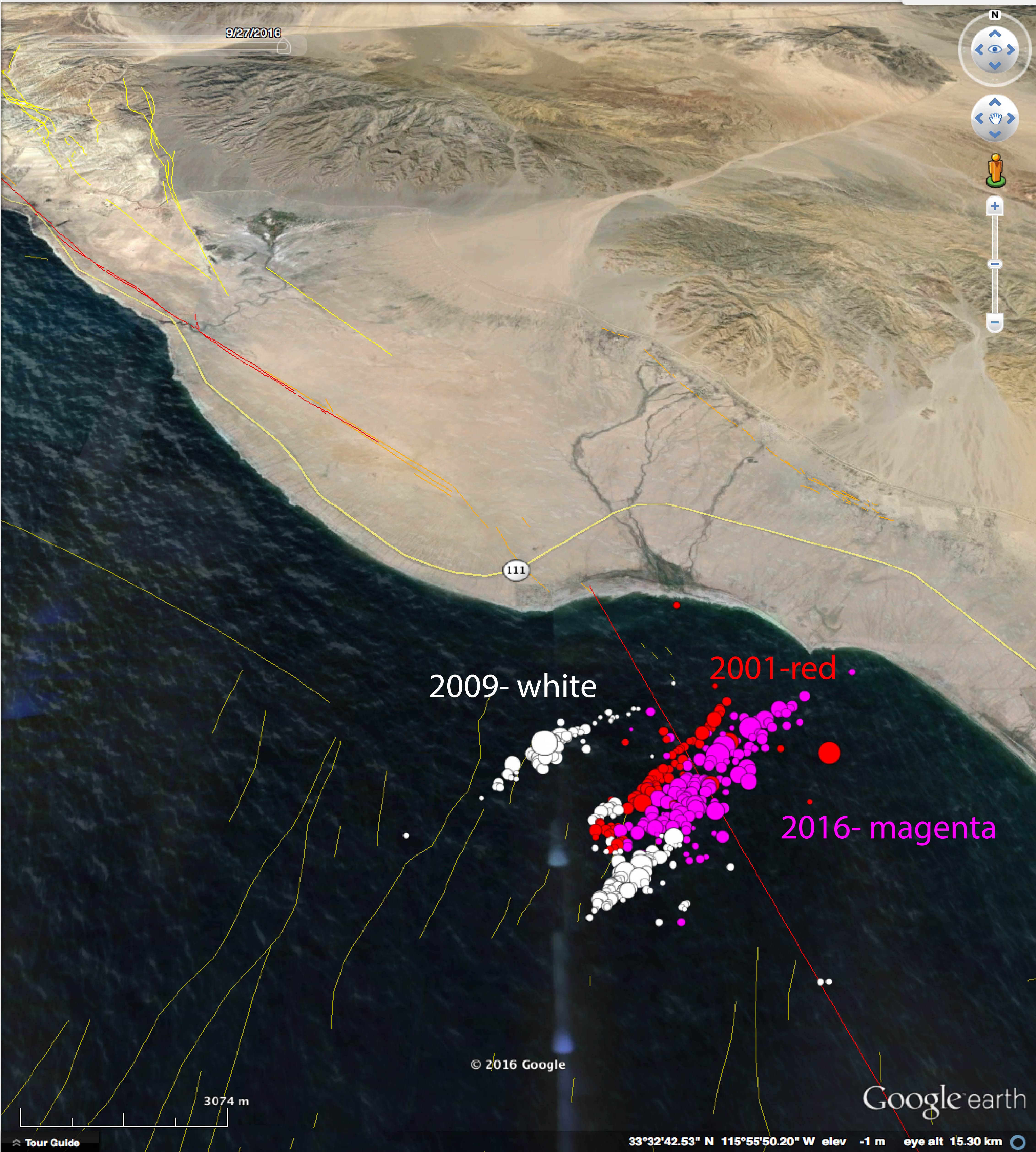 The events in this sequence are occurring to the south of the 2016, 2009, and 2001 events shown here. Updated graphics will be replaced once available.

Below are the waveform data associated with this event, as recorded in our Live Seismograms Feed.

*Earthquakes can occur both near or on major known faults, and in places where no clear fault zones are known. Using the statistical method of Evans et al. (in prep. 2019) the location and focal mechanism of this earthquake suggest the above association with modeled faults in the Community Fault Model (CFM) provided by the Southern California Earthquake Center (SCEC) and Harvard University. Note that the CFM fault association may be different from the nearby faults list. Differences may arise due to different fault databases, and because the CFM fault association uses the hypocenter with relation to subsurface 3-dimensional fault orientation models, while the nearby faults list utilizes mapped surface traces as they relate to the epicenter.

Probability: The probability in percent the earthquake is associated with this fault.

This information is subject to change as more up-to-date data become available.